A sad start to a new year.

I didn't post about a lot of things that were going on in my personal life last year, and I sincerely hoped that this year would see some improvements.


But then in January Hans was involved in a very serious car accident, and we're fortunate that he wasn't killed. He was unlucky enough to get caught in the middle of a high speed police chase involving four police cruisers and a purse snatcher. The purse snatcher was killed, an innocent man in the truck in front of Hans sustained a broken neck, our 17 year old immaculately maintained vehicle was totaled, and Hans now suffers from chronic neck pain which makes his life difficult as he tries to juggle doctor's visits into his busy working days.


And then two weeks ago, in the middle of the night, I received news that my middle child, Vet Tech Girl, had died. She was a beautiful girl in both heart and spirit. This much I believe; in the overall scheme of things, we are on this earth for a very short time. Rachel's time was a bit shorter than most and I myself have already lived more years than I have remaining. Therefore I don't have a hugely long time left before I hopefully see her again.


In the meantime I have two other children who need me and I will not become the kind of parent they dread to call because they can't stand having to listen to a weeping mess of a mother. We have no guarantee of the duration of time or the quality of our life at our birth and I choose to live my life one day at a time. I've been very blessed during my time here and even though I've lost a child I know I haven't suffered nearly as much as so many others have.


Rachel's pit bull Duncan is now living with her dad. Her dad helped take care of Duncan this past year and he became very attached to him. I've no doubt Duncan is quite happy and enjoying life with a big deck, a back yard, and a willing tug o' war participant. 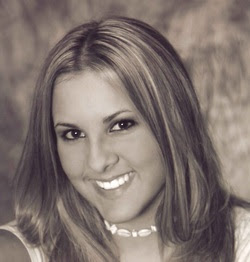 Rachel was a huge force to be reckoned with and she will sorely be missed.
Posted by laura at 9:33 AM 16 comments: